Is a Contested or Uncontested Divorce Right for You in Glen Carbon, IL?

In the public’s imagination, divorce proceedings are associated with bitter and vitriolic court battles over custody of the children, house ownership, and alimony payments. However, this is far from the truth. In fact, only about five percent of modern divorces involve acrimonious court battles. Therefore, a vast majority of divorce cases are settled outside the courts, meaning that they are uncontested. If you are thinking of ending your marriage, it is imperative for you to understand the difference between contested and uncontested divorce. Knowing what separates them and appreciating the realities you are going to face after filing your divorce is crucially important.

An uncontested divorce does not involve court battles because the spouses manage to come to an agreement to settle matters such as division of property, children’s custody, spousal support, and child support on themselves. The agreement is then presented to a judge, and if the judge is convinced that the arrangement is fair and has not been signed under duress, then the divorce is finalized. While attorneys are not necessary in cases of uncontested divorce, it is a good idea for both parties to have a divorce lawyer to ensure that there is equity and that everything is done legally.

A contested divorce is one in which the spouses cannot settle the critical divorce issues to come up with an agreement on themselves. In such cases, the court is needed to intervene and to make a determination. Therefore, contested divorces are more difficult compared to uncontested. Indeed, while working out an agreement with your spouse may be a herculean task, battling them in court may even be more difficult. Consequently, if you can’t settle the differences you have with your spouse on matters of divorce, then you should get ready for a bruising court battle. Involving a divorce lawyer in a contested divorce is very important since the process could get acrimonious.

Which One is Right for You?

Overall, it is apparent that uncontested divorce is much better and simpler to handle than a contested divorce. However, the one that is right for you really depends on whether you and your spouse can agree on the critical divorce issues on your own. Whichever route you decide to take, it is wise to seek the assistance of an experienced divorce lawyer in Glen Carbon, IL. The services of an attorney will go a long way in ensuring that everything is done legally and that your rights are protected. 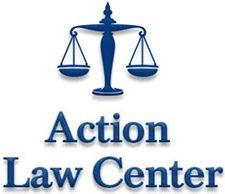