We understand the importance of your small and medium-sized Granite City, IL business. Businesses of these sizes are often seen as the backbone of the entire economy. Such companies tend to rely on several different business contracts and agreements. Contracts allow you to formally establish, buy, or sell loan terms, employment partnerships, and sell agreements, among other things. You will likely have some expectations when you enter a contractual agreement. First and foremost, you expect the upholding of the terms of the agreement by both involved parties. If the other party disregards these terms, this may put you in a position to file a breach of contract lawsuit. In the scenario where the court agrees the other party has breached the contract, you might be entitled to a number of legal remedies.

When one party violates a contract, the non-offending is presumed by law to receive the benefits that were guaranteed by the initial agreement. When the breach of the contract is partial, the injured party can recover the costs needed to find a new contract partner. If the agreement is completely breached and unsalvageable, the court might award the injured party financial damages that are equal to what they expected to receive from the contract had it not been breached. There are also situations where the court will order restitution, meaning the injured party would be made whole again financially. This is usually saved for situations where the contract would be voided altogether because of the defending party not complying with the conditions of the contract.

A business owner may erroneously sign a contract under fraud, duress, or undue influence. In these situations, you might be able to have the contract voided or reworked with more reasonable conditions. When the court decides to put the contract aside and absolve both parties of any commitment, it’s called a rescission. In situations where the court chooses a reformation, it will likely reform the agreement to fix any problems. It should be noted that reformations are not very common since courts will try to avoid creating any new obligations on the contract that were not negotiated before by the involved parties.

The final option the court has with breached contract cases is to order the offending party to follow the original terms of the agreement. More specific performance orders are typically used in situations where the financial damages are not equivalent to fixing the problems caused by the breach. The offending party must comply with the performance orders once ordered by the court. If they are unable to comply, they might be held in contempt of court, which can lead to more penalties for them.

If your company’s been affected by the breach of a contract, call our expert team at Action Law Center today, and we will help you explore your options to take action. 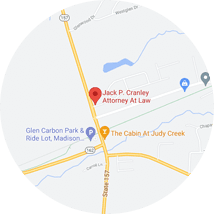